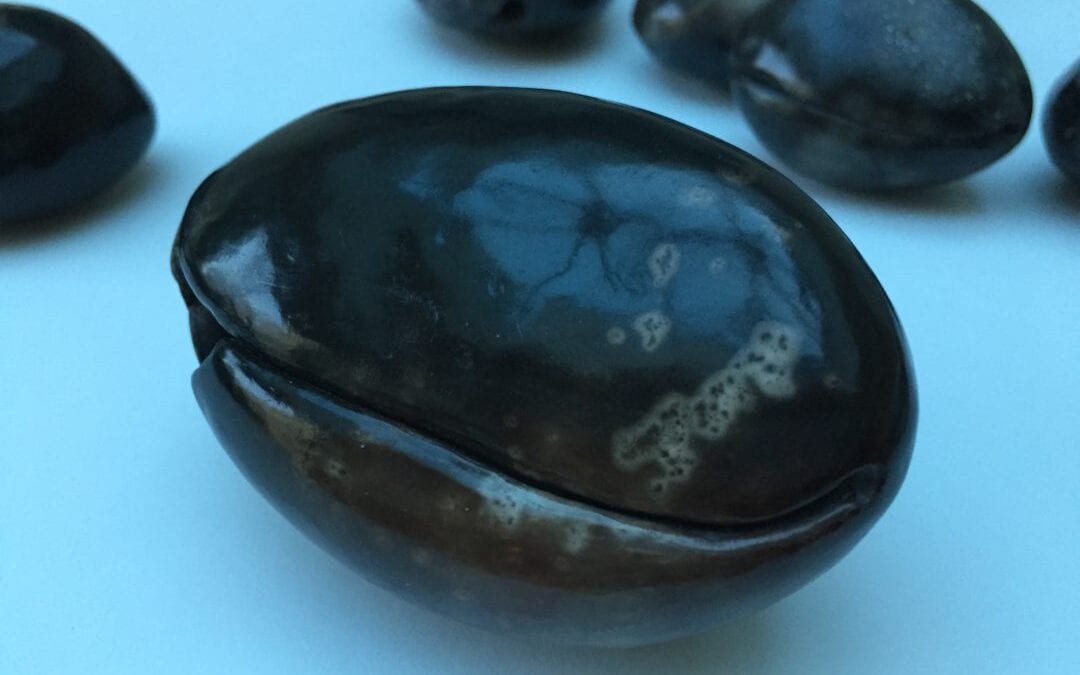 Exciting times ahead; lava glazes working alongside smoke fired ceramics, lots of experiments to be done but most importantly some new and exciting work developed.

Smoke fired ceramics has always held my fascination, it was where my love of ceramics began. In the beginning I didn’t own a kiln, only a dustbin! Armed with a lot of determination I began the steep learning curve of firing clay, this was quickly followed by a lot of frustration because smoke firing greenware carries a very high percentage of breakages and I most certainly had my share. These days it is different as I am able to bisque fire my work to give it the strength it requires to withstand the thermal shocks that come with smoke firing.

Because I have worked for so long using stoneware and porcelain both of which I fire to high temperatures creating  unique results, I thought I would try the other end of the firing temperature range.

Taking the form that has been inspired by razor clam shells and elevating it to a new level, I will use a low temperature lava glaze, one that still leaves the piece porous enough to be smoke fired means that I can produce contrasting surfaces that hopefully will leave the viewer wondering. Can I balance the two?

Exciting times ahead; lava glazes and smoke fired ceramics…..keep watching for the results to come!